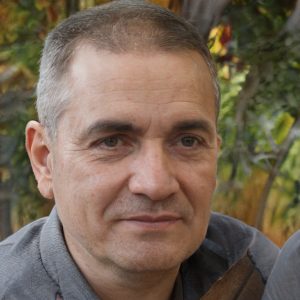 DB Tribute was initially created in 2007 as a sole tribute to Dennis Brown. Today, the website lives on and empowers people to think more about the Arts, Music, Photography, Cooking… Anything that brings creative empowerment to you. Through this blog, we will remember DB, and we will continue his legacy of bringing music and creative wellbeing to the masses!

My name is Derek Long, and I’m a through and through Reggae lover. I created this website in 2007, solely as just a Dennis Brown tribute. The website, initially, simply had details about DB – including his Discography, reviews, testimonials and so forth. Today, the website has evolved to become more my own blog – to share my thoughts and feelings and put a pen to paper. However, I have kept tradition to why the website was created – and kept it focused around DB – keeping some of the historic data intact, such as the discography.

My Experience of Dennis Brown

I first experienced the power of Dennis Brown’s musicality at a Reggae Sunsplash Tour that made it’s way up to Saratoga, N.Y. in the late 1980’s. I was blown away by his stage presence and vocal styling! He moved across the stage like water flowing down stream, and his voice filled the shed and spilled out onto the grounds with conviction and soulfulness.

Later on, when I formed my own reggae outfit, Dredi, I remembered the way Dennis wrapped his voice around the notes, and I attempted to follow his lead. Ultimately, Dredi’s music headed in another direction totally, but I still listened to Dennis’ music, and collected DVDs and CDs of his performances, both studio and live. Two of my favorite songs are: “Here I come” and “To The Foundation”. The message rings loud and clear, and Dennis rides the rhythm with the grace of a mighty lion. “Here I come with love and not hatred…”, what could be more powerful than that? Or, “To the foundations he’ll have to go down…”. Yes indeed, we will all have to go down to the foundations, and Dennis Brown will be there to lead us!

The day that Dennis passed from this life to the next, I was unaware of his leaving. In fact, I didn’t hear the news for a few days. But on that day, I had sat down to write a song for my 1 year old son, Amun, and I decided that I would try to write in Dennis’ style. The music and the words flowed through me, as though channeled from beyond. The song, “Lessons”, was truly in the style I had so long ago strived to acheive. When I found out later that week that Dennis had passed, I realized that it was the same day that I wrote the song. I believe to this day, that Dennis Brown’s spirit touched my soul for a brief moment, and allowed me the opportunity to walk in his shadow, and produce a song he would be proud of. “This life is a blessing, and I’m grateful for all the lessons that I’m learning. Sing out thanks and praises! No matter wha’ go on, there’s a river always rolling called love!”

Give thanks and praise that we were allowed to live in the same time that such a man graced the earth with his music and his message! Dennis Brown, gone but never forgotten.